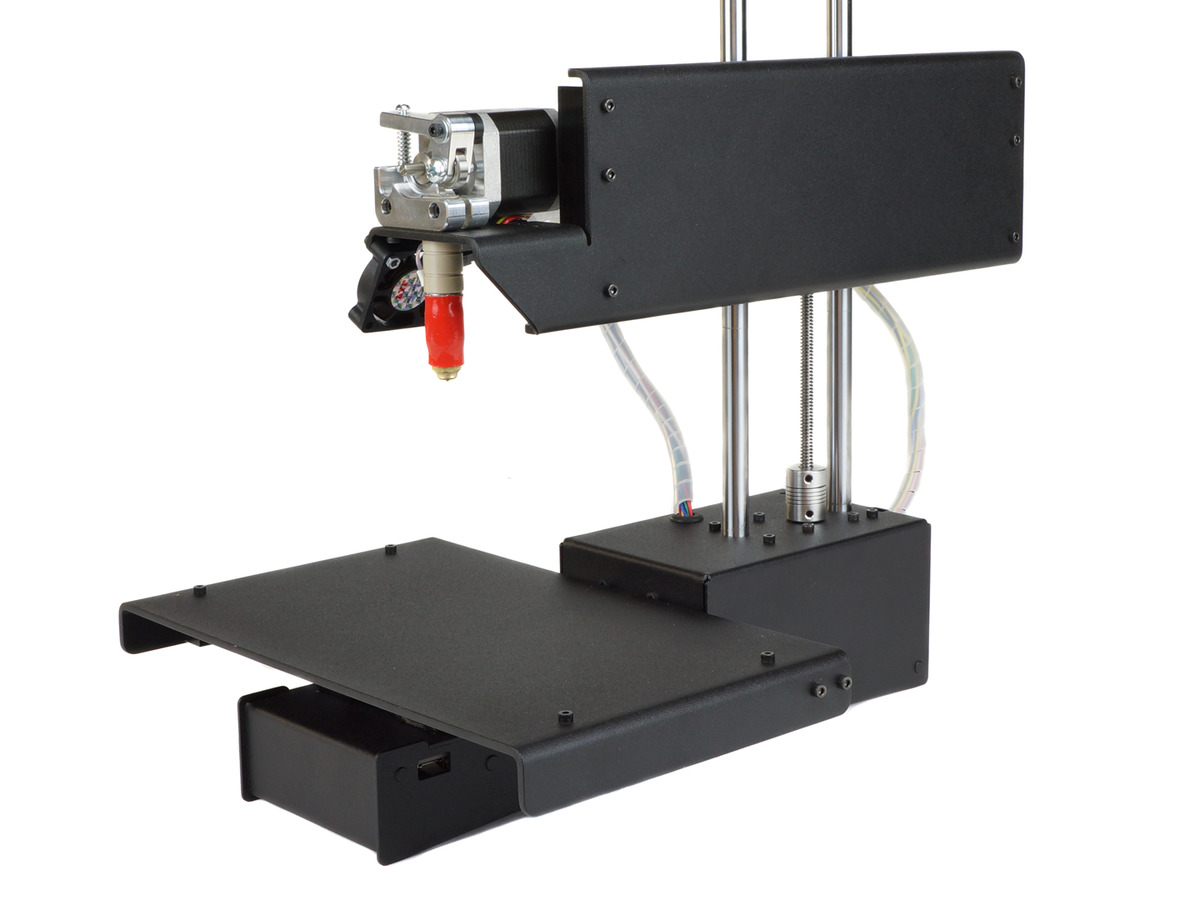 My DIY-Wireless-Home-Automation-System requires various nodes to be placed around our house. Having kids and a wife, there is no way around building nice looking enclosing for my stuff. So I decided to invest into a 3D printer. It took me some time browsing the web to find what I was looking for. I really want good quality prints. And as my primary interest is electronics and not 3D printing, I wanted a machine that runs out of the box and does not need a lot of preparation before each print and various reprints until you have printed a piece that is ok.

As I did not want to spent too much money on a 3D printer I bought a Printrbot Simple Metal. As you browse the web you read a lot of very good things about this tiny (well, not really) machine. And I tell you the same. This machine is really very, very good. But there is a major fault with it: It’s not plug and play. But it’s so close! The software is good, and the hardware is very, very good, too. Even the Getting Started Guides on Printrbots Website is quite good I think. But there are some minor Bugs that prevent a hassle free start – well in my case, and as you are reading this I think you have problems, too.

I must admit that I purchased the assembled one. If you are having problems your job is harder as you could have built something wrong. Either way, perhaps you did everything correctly and now you are running into the same issues that you will have even with an assembled one.

What I really do not understand is that there are so many comments and forum posts with people running in the same problems over and over and it all comes down to faulty getting started guides and other minor documentation bugs. And they have not been updated till now. But I am here to help!

Here is my own getting started guide. But I will not write down every little step. Instead I will give links and will comment on the bugs, issues and solutions I have found while following the official guides.

END_OF_DOCUMENT_TOKEN_TO_BE_REPLACED 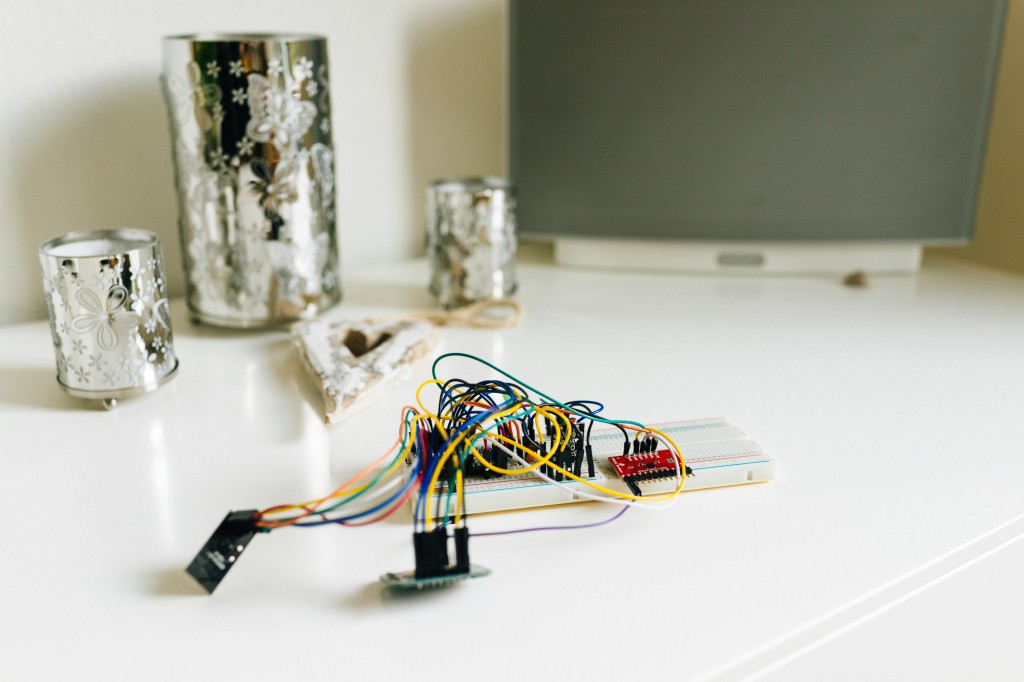 There is a lot of buzz around things like “Internet of Things”, “Home Automation”, and “Smart Homes”. One reason for buying into commercial home automation systems is energy savings. At least that is often the main marketing message for commercial products. That is not true, as recent studies found out, and it is not my main motivation to build such a system.

A lot of commercial systems use Bluetooth (Low Energy) Systems zu drive their home automation solutions. You have a device, and an App that is connected to this device to control it. Sometimes, you have an array of devices, that are connected to a hub often with Zigbee based Mesh networks (so your Smartphones App only needs one connection). One example for that is Philips Hue Light System. Apple realized this is a problem as no one wants 10 Apps to control different aspects of their home and introduced HomeKit. While this really sounds interesting on iOS-Controller side, it remains to be seen how this works out on devices and compatibility (and price of course).

When I first got my Philips Hue System I have been impressed and loved it from day one and do so till today. But we have not installed it in every room. And controlling it with your phone is great, but it’s also tedious to pick up your phone to turn on light in a room you are just entering and turning it of when leaving the room. We often end up using the light switches on the wall, which kills that whole Home Automation thing as lights switched off on the wall cannot be turned on again wirelessly.

Things got really interesting when I tested IFTTT.com. What a great service. With “If This Then That” it’s possible to interconnect different web services and trigger actions based on data or triggers of other services. I created a very small receipt turning on my Philips Hue lights at sundown and turns them off at 1 o’clock in the night as a fallback if I just forget to turn lights off when I go to bed.

And it really works well most of the time. And that is really magic. If you have Philips Hue installed. Give it a try. It’s magic. Yesterday I have cooked and thought that it’s about time to turn the lights on, a few seconds later they turned on. Without pressing a key. Without picking my phone. On cloudy days, you sometimes have to turn lights on before sundown, because it’s just kind of dark. This is where large scaled systems like IFTTT have not enough details.

That’s been the moment where I decided to make my own DIY cloud centered, iOS controlled, Arduino based wireless Home Automation System.